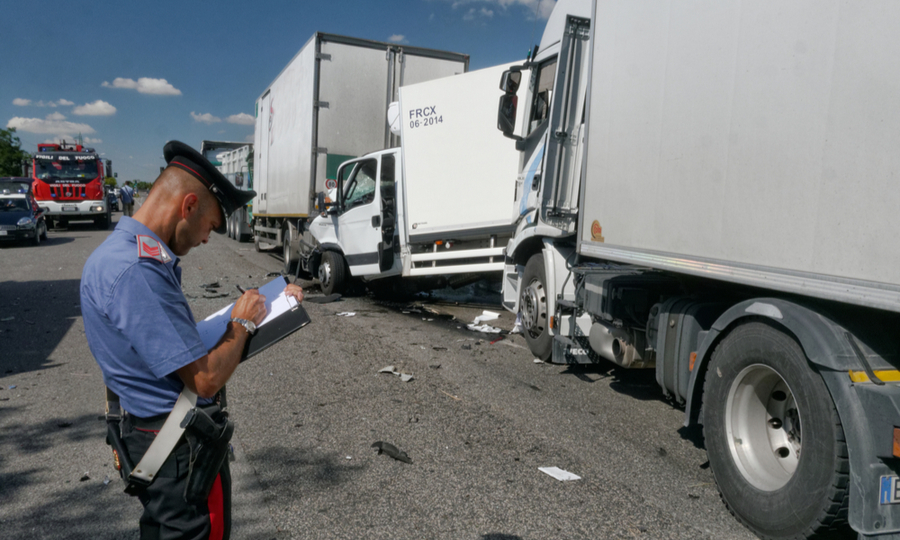 Rain, sleet, and snow are visible hazards that make everyone move with caution; however, there are some road risks that aren’t as easy for drivers to identify. Fatigue in semi-truck drivers doesn’t fall from the sky or cover the roads in slick bits of ice, but it can be equally or even more devastating for those in nearby lanes.

Why Is Driver Fatigue Common in Semi-Truck Drivers?

Truck driving is a difficult and stressful job. Semi-truck drivers work incredibly long hours and often have a significant sense of pressure to meet thin deadlines and deliver results as quickly as possible. This sometimes forces them to put overtime hours on the road. After being behind the wheel for so many consecutive hours, even the most experienced drivers can fall victim to fatigue.

Because of the stress and schedule of semi-truck driving, the Federal Motor Carrier Safety Administration (FMCSA) no longer permits interstate truckers to drive for more than 11 hours after a 10-hour break from duty. The FMSCA also requires a 30-minute break once a driver hits eight consecutive hours behind the wheel. However, truck drivers are twice as likely to be involved in a crash when they’ve operated a vehicle for just over eight hours, which means that current regulations still push the time and tire limit of any driver.

How Are Companies Dealing with Driver Fatigue?

From 2016 to 2017, there was a 10% increase in the number of large trucks involved in fatal accidents. Although there’s no data on exactly how much of the increase was due to driver fatigue, it’s clear that some companies aren’t careful enough with their industry standards. And, unfortunately, accidents due to driver fatigue are still common enough that large trucking companies have become increasingly adept at handling claims against their employees.

Whether they misrepresent driver hours in logbooks or work to deny any other evidence of fatigue behind the wheel, both the insurance and the trucking company will try their best to minimize the compensation given to victims and their families. Similarly, trucking companies work with large legal teams to put immediate hours into the defense of any semi-truck accident case, which is why any victim needs his or her own representation if they want to take on a trucking company for compensation.

What Should You Do After a Similar Semi-Truck Accident?

Although there are many regulations to prevent and minimize driver fatigue, there are still countless drivers who feel forced into taking chances. If you or a family member was involved in a semi-truck accident that you believe to be the cause of semi-truck driver fatigue, contact the lawyers at Lanzotti & Rau. Our expert legal team works on a contingent fee basis to ensure that you have the best defense for even the most complex accidents. To get started on reaching the right settlement, call us today to schedule a free consultation at 573-335-9300.