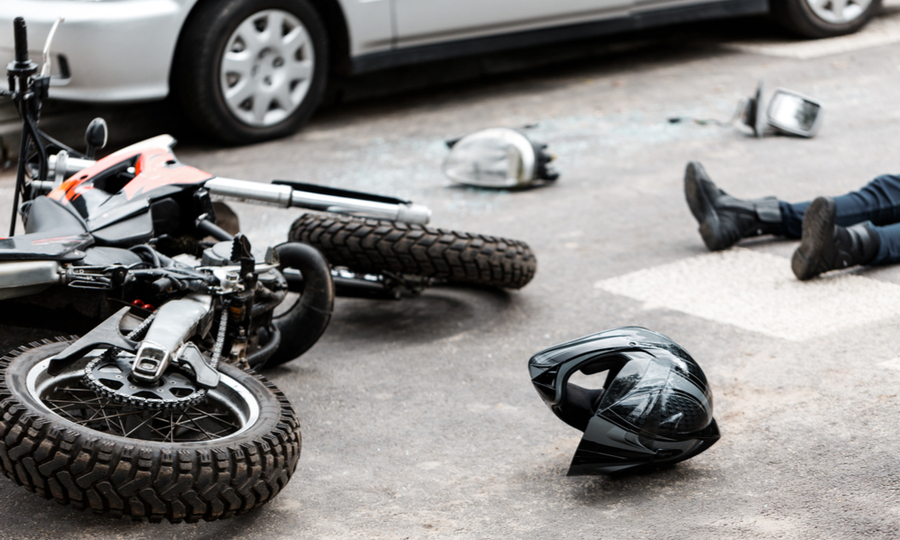 Because of their narrow design, lack of protective enclosure, and ability to reach high speeds, motorcycles can easily crash if not operated correctly. However, there are also a number of factors that can contribute to a motorcycle wreck that are beyond a rider’s control. Here are some of the common causes of motorcycle accidents.

Inattentive drivers who fail to check their blind spots before changing lanes are one of the leading causes of motorcycle accidents. It’s difficult enough for a motorcyclist to retain control of their bike at fast speeds while constantly worried about the other motorists around them, so having a car swerve suddenly into their lane or coming in contact with their bike can trigger a fatal chain of events. That’s why Department of Transportation campaigns have implored motorist to look out for motorcyclists and allow them space while on the road.

To avoid a potential crash, motorcyclists should practice good judgment before deciding to ride during inclement weather. Bad weather such as rain, snow, and sleet can make roadways slick, muddy, or icy. Such poor riding conditions can make it difficult for motorcycles to navigate and come to a stop. Road debris and harsh winds also have the ability to cause a motorcycle to lose traction and run off-road. Motorcyclists who encounter sudden severe weather are encouraged to pull off and seek shelter at a service plaza or under an overpass until the storms pass to avoid a serious wreck.

Sometimes motorcycle riders are responsible for causing a crash. While motorcyclists often receive an unfair reputation for being risky nuisances on the road, novice riders who do not possess a strong command of their bike can easily cause an accident. However, more often than not it is the flagrant rider who speeds between other motorists, attempts dangerous stunts, and disobeys traffic laws who causes a crash. Not only is showing-off on a motorcycle hazardous, but it also gives other riders a bad name by perpetuating the negative stereotypes that many motorcyclists face. That’s why it is important for riders to properly train and continually educate themselves in order to practice safe motorcycle riding behaviors that will not endanger the lives of others.

If you’ve been in an accident involving a motorcycle and another vehicle, you may be able to collect compensation if you suffered any type of injury or damage to your bike or other personal property. To pursue legal action, call the personal injury experts at Lanzotti & Rau. We will do everything in our power to fight for your rights. For a free consultation, please contact us at 573-335-9300 today.